Have you heard the call to chaplaincy?

Have you ever thought about becoming a chaplain? Are you a good listener? Do you have a heart for meeting people where they are, no matter how difficult that place might be, and helping them to find a way back?

Maybe you’ve thought you’d love to be a chaplain but don’t think you’re wise enough or holy enough. No one is – and if they think they are, they’re probably not going to be a great chaplain.

Chaplaincy is a very special role. It’s about listening, being watchful and sensitive to other people’s feelings and situations. And it’s about seeing the presence of God, even when it’s late at night, the young person you are dealing with is drunk, bank card lost, phone out of charge and would really rather you weren’t there.

There are so many places where chaplains are present from the obvious to the obscure. From hospitals, the police, and our armed forces to our city streets late at night, music festivals, lifeboats, fishing boats, rural farms, cattle-markets.

We have an exciting opportunity for a digital assistant. Reporting to the cathedral digital manager, we are looking for someone with outstanding interpersonal skills and organisational-level digital experience across website and social media platforms, including the creation and curation of digital content.

The session was chaired by the Venerable Dr Rosemarie Mallett, Archdeacon of Croydon and Revd Les Isaac OBE, CEO of the Ascension Trust.

This webinar was produced in partnership with:

The announcement coincides with the fifth anniversary of the Paris Agreement on Climate Change. Faith leaders’ action puts pressure on government leaders, and their commitment to clean energy stands in stark contrast with many governments’ failure to deliver ambitious energy strategies.

The UK government faces increasing pressure to demonstrate global leadership on the climate crisis ahead of the UN climate talks (COP26) taking place in Glasgow in November 2021. Earlier this month, 70 organisations launched The Climate Coalition’s 10 Point Plan for a Green, Healthy and Fair Recovery. This includes a call for the UK government to end all public support for fossil fuels overseas and support countries to leapfrog to renewable and efficient energy.

Lord Deben, Chair of the UK Committee on Climate Change, recently advocated for Catholic leaders to play a more active role when he addressed hundreds of people in a webinar organised by Operation Noah and others on Catholic investment for an integral ecology. He said: ‘It is hugely important for the Catholic community to be very visible… it must be very determined, and it must be clear that we all ought to be in this together.’

This week, from 19-21 November, Pope Francis has convened the ‘Economy of Francesco’, an online conference involving more than 1,000 young adults, which will explore innovative ways of shaping a sustainable economy. This conference builds on an announcement in June, when the Vatican recommended in its first-ever operational guidelines on ecology that all Catholic organisations divest from fossil fuels.

With renewables now growing at a faster pace than fossil fuels, institutional investors are increasingly moving toward sustainable investments in the clean energy economy. Faith investors are an important part of this movement, constituting the single-largest source of divestment in the world, making up one-third of all commitments.

Recently, in preparation for the G20 summit that begins on 21 November, environment ministers released a statement that was widely seen as rubber-stamping fossil fuel bailouts and removed a long-standing G20 call for the end to fossil fuel subsidies.

Earlier this year one of the Church of England’s three National Investing Bodies, which is managed by investment management company CCLA, sold its last remaining shares in fossil fuel companies. CCLA, whose CBF funds manage investments on behalf of most Church of England dioceses and many local Church of England churches, dropped its investments in oil giants Shell and Total for financial reasons.

Last month, the Church of England Pensions Board communicated its decision to divest from ExxonMobil as a result of the US oil company’s failure to set targets for Scope 3 emissions that are generated when customers burn fossil fuels. However, the Church Commissioners intends to continue investing in ExxonMobil, despite Exxon having blocked shareholder resolutions put forward by the Church of England at its AGM in 2019 and 2020. Exxon is also planning to increase production of oil and gas by 35% by 2030.

In September, it was revealed that Shell plans to resume oil and gas exploration in the Arctic for the first time since 2015, despite pressure from faith investors and others that has exposed the inherent weakness of the fossil fuel industry. Shell has cited divestment as a material risk to its business.

Volunteer Cornwall want to try to ensure that no-one is left alone over Christmas. This is especially important this year given the disruption to normal life we have all faced.

They have pulled together a page to spread the word about community events taking place across Cornwall, however there are far fewer notified to them than in previous years. Some of these may need your help as a volunteer but all of them are featured because they provide opportunities – especially to older and vulnerable people – to be part of something rather than being alone through the festive period.  Find the details here.

Contact them at christmas@volunteercornwall.org.uk, telephone 01872 266988 or use the Christmas Form to share details of your planned activities if you would like them to be included on their page.

Please note that the last date for adding information on opportunities for the Christmas period will be at noon on Friday 18th December.

There are also opportunities listed for toy donations, some of which are open to receiving nominations of charities which could distribute toys to the people they work with. Make sure your organisation features, if you could use them.

Changes to DBS checks in place from 28 November

Please be aware that changes to DBS checks have come in, from 28 November, regarding self-disclosure around spent, unspent and conditional convictions. We have received a helpful round-up from Safe CIC, and their partner Dominic Headley (with thanks).

The MOJ guidance makes it crystal clear that under self-disclosure rules, all unspent convictions and conditional cautions must be disclosed, just like any job or activity that is covered by the ROA 1974.

In addition, spent cautions and convictions must be disclosed if they meet the circumstances described in the table below:

If you are feeling weighed down by debt, then we can help you.  You may think that your situation is impossible, but there is hope. Our friendly team will give you a listening ear in confidential appointments and provide a practical solution to your debts.

If you are in severe debt CAP can walk you through insolvency options, such as petitioning for bankruptcy and helping you to fill out the forms. 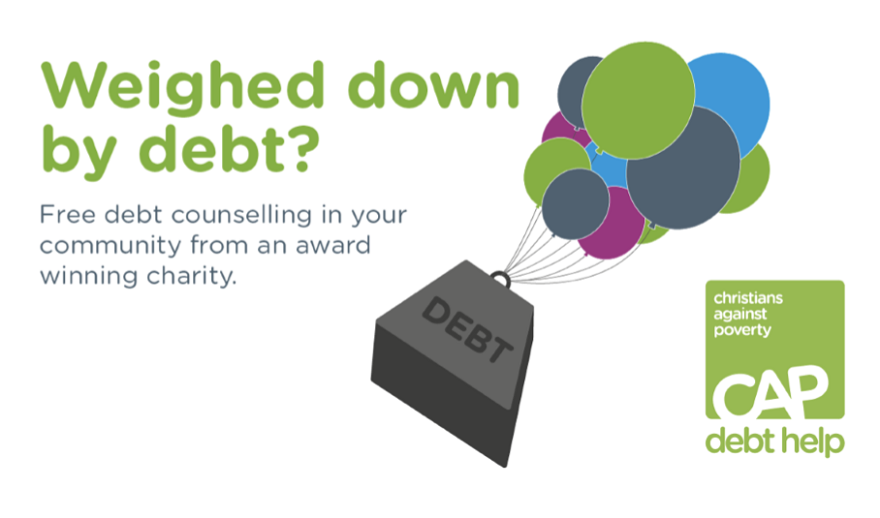 Does it cost anything?  No, our service is completely free.

Will my creditors cooperate with you?  Yes, we have worked with over 1,000 companies within the finance industry and we are well respected.

Is CAP just for Christians?  No, CAP will help anyone regardless of their religious beliefs.  We are committed to our service being available to all.

Making the first call can be hard but the sooner you ring, the sooner you will begin to have peace of mind.  So call our Freephone number 0800 328 0006 or the local debt coach number below and begin your journey to becoming debt free.

Have you a heart for Mission & for Growing the Church in #Cornwall ...we need a Families Leader & a Worship Leader to complete the team for #TransformingMission in Camborne. Join Rosheen, Graham & Neil for a new adventure! details: bit.ly/3mVFcsZ pic.twitter.com/wjGn…

Here's this weeks grants list for Foodbanks, grassroot organisations and faith based social projects in Cornwall with a huge section on individual grants for people in need: transformation-cornw… pic.twitter.com/KOZO…

📢 Starting Jan 2021 📢 Golden opportunity for UK churches⛪️to be supported to take climate action ahead of #COP26.... Sign up and share 👇 uspg.org.uk/cop26 pic.twitter.com/S62Y…