Promoting awareness of issues surrounding Food Poverty throughout Cornwall and facilitating positive change to support people away from Food Insecurity.

Around eighteen months ago I started doing some voluntary work for the long established Cornwall Independent Poverty Forum who were keen to look at looking into the issue of food insecurity and food poverty throughout Cornwall. It didn’t take very long to see from the immediate evidence that the issue was much more significant than we had ever realised. Given that we had been working with poverty and social inclusion for over twenty five years and the fact that even we found the data completely staggering, it was clear that something needed to be done.

Niall Cooper had visited Cornwall in 2017 giving a presentation about End Hunger and we felt that it was a fantastic campaign to align ourselves with. It goes straight to the heart of the core issues and works hard to question those at the highest level about why hunger is allowed to persist and grow in this apparently wealthy economy. However, we also realised that Cornwall has very many unique challenges due to it’s geography, demographic and severe poverty (areas of Cornwall are constantly in the top three poorest areas in Europe). The challenges we face here are very different to those in London, Manchester, Birmingham, etc.. End Hunger UK has given us the voice to put our specific case forward at the highest level and, following the initial success of our campaign, has been very supportive of the setting up of End Hunger Cornwall.

After a fantastic launch conference in Nov 2019 (read the report here), we will continue to work to compliment End Hunger UK by challenging those who can make the difference to actually do so. It is a big ask, but together we will continue Acting Now to End Hunger in the UK. 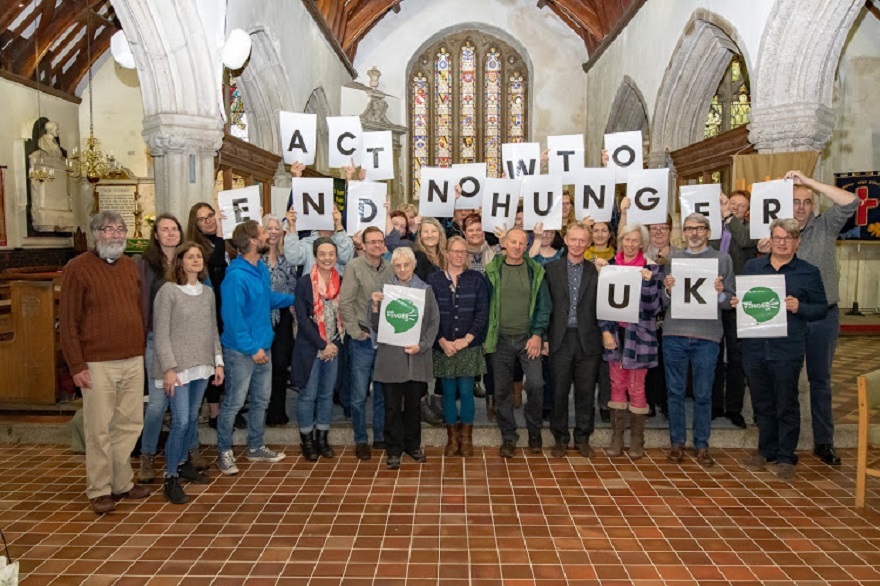