October, as we all should know, is Black History Month (BHM) and Churches Together in Britain and Ireland will be celebrating this special month with the publication of its Racial Justice Champions: Volume 1 resource. This publication consists of 25 women and 25 men of faith (from a variety of ethnicities), who have pioneered racial justice in church and society over the last 25 years.

BHM is very much about writing back into history those events and activities that have conveniently been overlooked or deliberately ignored. Racial justice is something that falls into this category. Prior to the murder of George Floyd in May 2020, churches were reluctant to engage in racial justice work – the sort of work that challenged systems and structures that hindered real equality and inclusion. It was left to those brave men and women who are featured in this resource to encourage churches to ‘do the right thing!’ While racial justice now appears to be on everyone’s lips, akin to the climate emergency, it is important to recognise those heroes and sheroes who ‘fought the good fight’ when it was unfashionable to do so. Indeed, they often-faced tremendous opposition in doing so. It is therefore necessary to honour these individuals; any racial justice progress we now see in the church is a result of their sterling efforts.

I have always argued that BHM tells the story of everyone’s history. The history found in this resource speaks of the British churches’ struggles to address racial justice. As such, it is British history. And much like Racial Justice Sunday (RJS), BHM is everyone’s business – it tells of the synergies and efforts of Black, White and Asian Christians in the pursuit of racial justice. Finally, I would argue that this history, much like RJS, includes subjects and topics that are worthy of celebration and study throughout the year, and not just for 31 days in a calendar.

Richard Reddie, Director of Justice and Inclusion, Churches Together in Britain and Ireland (CTBI). 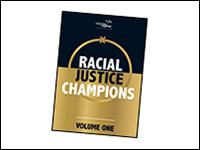 This resource, for Black History Month, celebrates contributions of often-unsung individuals who spoke about racial justice when  it was unfashionable.
More

🚨 Archbishop @JustinWelby announces a call to prayer on Trinity Sunday – 12th June 2022, for the Lambeth Conference. The call to prayer invites delegates and the wider Christian community to devote a day to pray for the event. Discover the latest news: bit.ly/3NkA2TP pic.twitter.com/40yD…

Congratulations. We look forward to working alongside you twitter.com/irishchu…

It was so good to meet everyone and to see the crucial work that you’re all doing. Thank you for having me. twitter.com/stpetroc…

Rising cost of living – what can congregations do to help? Join one of the free @PublicIssues webinars next week on Tuesday evening or Wednesday lunchtime. eventbrite.co.uk/e/t… pic.twitter.com/zOF9…

From today, the Jubilee Debt Campaign will be known as Debt Justice. We’re glad to have worked with them for many years on both UK and global debt issues. Join them online tonight to find out more. twitter.com/debtjust…

SO EXCITING to see such a turnout of movers, shakers AND those with lived experience gathered to effect change @Homes4cornwall - ‘Who knows where we’re going to go?’ @HallforCornwall #Truro @secrettruro #HousingCrisis pic.twitter.com/qqmG…

Our joint appeal with Churches' Commission for Migrants in Europe commemorating #refugees and #migrants who died on European borders. Read more and participate 👇 #WorldRefugeeDay ceceurope.org/church…