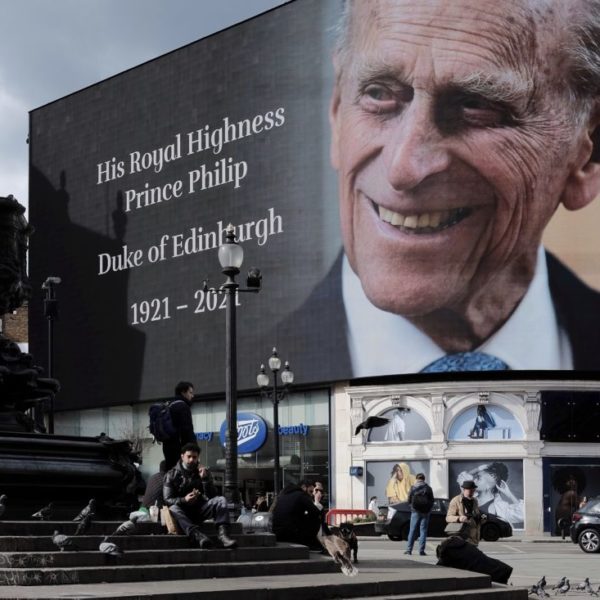 From Westminster Abbey, Huw Edwards presents live coverage of the service of thanksgiving in memory of HRH The Prince Philip, Duke of Edinburgh, the longest serving royal consort in history, who died last April at the age of 99.

Featuring readings and music close to the duke’s heart, the service commemorates the life and legacy of HM The Queen’s remarkable consort. Members of the royal family and members of the duke’s family will attend, as well as representatives from the many organisations the duke supported who were unable to attend the funeral, which was scaled down due to Covid-19 restrictions.

Prince Philip supported an exceptional number of causes during his lifetime, becoming patron of many hundreds of charities and organisations championing conservation, sport, industry and education. In 1956 he founded the Duke of Edinburgh Awards scheme to encourage the development of young people, which has since expanded to 144 nations and been completed by millions of young people around the world.

In the build-up to the service, Huw Edwards talks to those attending about the remarkable legacy the duke leaves behind.

Join @CtcMissioner for a series of daily reflections on the theme 'Better Together' for Thy Kingdom Come 2022. On Day 1, Bishop Philip Mounstephen, Bishop of Truro, reflects on diversity youtu.be/6wQiWGr_uAE @ChurchesEngland @CTBI

Today marks the 2nd anniversary of the killing of George Floyd. At noon, join with Christians @ChurchesEngland to light a #CandleOfJustice, pray and commit to tackle racism in our society and churches.

Join us, @TruroTeam, and our host @donna_birrell for #MtFOnline22 as we share with you some highlights of the day! We're excited and ready to start soon. pic.twitter.com/KeM4…

🎥What are the hopes and struggles of Ukrainian churches? To learn more watch here presentations made at CEC seminar on #Ukraine👇 youtu.be/q5Swuc-naWY…

Check out the candle of justice prayer written by @EAUKnews @CTBI @ChurchesEngland @NCLFNEWS with radio partners @PremierRadio Join Christians across the country at 12 noon to pray and follow five simple steps ( found below) cte.org.uk/candle-of… pic.twitter.com/ODxe…

Perhaps this would be a useful and earthed prayer to send out to churches in the diocese of Truro in this Rogation-tide. @TruroTeam twitter.com/gtrcdevo…

What a joy! Nearly 50 people from across the Benefice (and beyond) coming together for the 1st Moorland Church. @DioTruro @TruroTeam pic.twitter.com/WOTG…